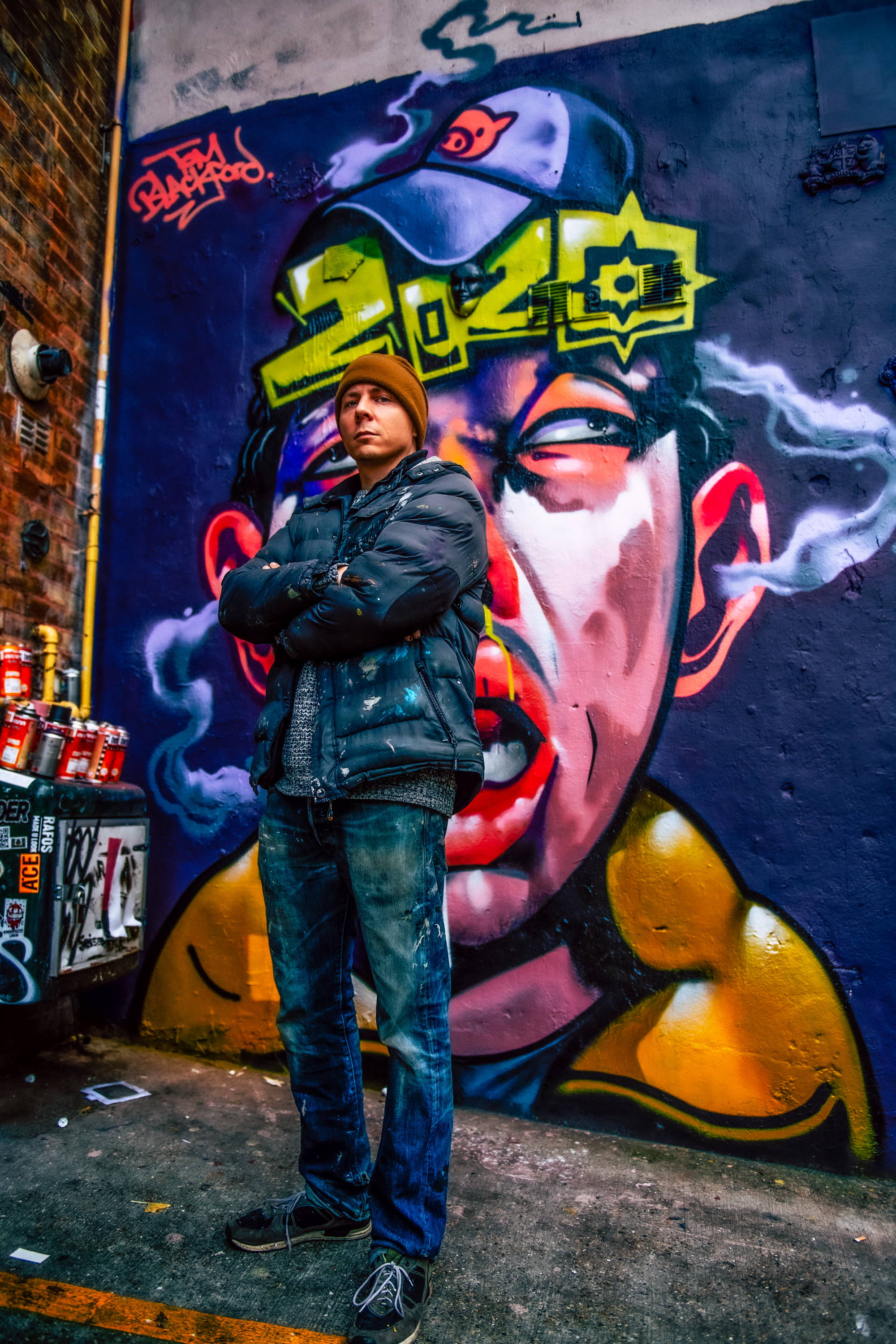 We spoke to artist Tom Blackford and talk about graffiti attaining a reputable position in the art world & project pig boy!

So who's Tom Blackford? What's your background?

I was born in London in 1981 and have lived here my whole life. From a creative standpoint, I've been drawing forever, got into graffiti in my teens and started to take it more seriously in my early twenties after dropping out of university due to mental health issues. Since then I've been a freelance artist specialising in illustration and mural work.

How would you define yourself as an artist and why? Painter? Street artist? Illustrator Something else?

I try not to fall into the trap of defining myself. I suppose simply 'artist' covers
all bases although can also sound vague when trying to describe to someone what it is I actually do. If I've had a busy few weeks doing commercial mural work and painting on the street then I'll feel more like a graffiti artist, other times I'm sick of the sight of my spraypaint and just want to hibernate and draw which is when I'll feel more like an illustrator.

Where can we see most of your art? Have you ever done any pieces overseas?

My graffiti work doesn't last too long in London due to the sheer amount of artists and graffiti writers fighting for space these days. Social media outlets like Instagram mean that my work's lifespan online long outlives its place in the physical world. Sometimes i'll exhibit paint- ings or do print releases which is another way of getting my work out there.

I've travelled a fair bit but only painted abroad a handful of times. I'm happy to have painted in LA and Japan as those were the main two on my 'painted cities' bucket list.

Do you tend to work alone or is it a collaborative effort?

A bit of both. Most of the guys in my graffiti crew have day jobs and kids meaning it's harder for us to get to paint together these days although this year has been a little easier with the lockdown situation and people finding themselves with more time to kill. I enjoy the social aspect of painting with friends or a well planned collaboration with someone who's work I've admired from afar for a while, but I'm just as happy painting alone...sometimes it's easier to focus and really get into the zone when painting solo and I think some of my best pieces have come from that mindset.

It's something I struggle to define and in a way, it's up to the audience to decide. I know there's a manga influence there due to a heavy interest in Japanese culture. Ele- ments from everywhere, comics, contemporary illustra- tion and graffiti all play their part in inspiring me and with all of that visual information I suppose I try and stand out and compose something as unique and true to myself as possible.

In your opinion has graffiti succeeded in attaining a unique and reputable position in contemporary art?

Ultimately I suppose that depends on how you define graffiti and how you define success. Banksy's popularity has caused the general public to look at street art and graffiti through a different lens. A large majority of street artists are using the medium to promote their gallery work whilst graffiti artists or writers are generally more interested in winning the approval of their peers. If you're out at night painting trains, the chances are your mission statement is very different to those concentrating on high visibility legal places to paint. Graffiti in it's classic form is rarely displayed in galleries outside of the work of the New York pioneers, but many artists with roots in graffiti have used that clout as an effective stepping stone into the art world.

Are there any dislikes you have with the scene that you are involved in?

Luckily I'm at an age now where I feel pretty removed from a lot of the politics. Younger graffiti artists that I meet seem to have a better head on their shoulders now compared to when I was growing up and I think that's maybe a reflection of how attitudes within the scene have changed as networking and mutual admiration has become more prominent due to social media. Instagram has totally shifted the dynamics of the game too with 'likes' and 'follows' being seem- ingly just as important than the output of the work itself. It's always been a scene full of inflated egos and posturing but as far as true talent goes, the cream always rises to the top!

Who or what are your inspirations?

Tell us about Project Pigboy?

During the first lockdown in London I wanted to try and start work on a comic as I felt it was the perfect opportu- nity to focus on something more involved. I juggled a few story ideas around my head but none of them felt quite right for various reasons and so I ended up putting the idea on the shelf. During the time before the second lock- down I watched the recent film 'The Painted Bird' which gave me an idea for a story, which mixes the bleak tone

of that movie with my love for 80's horror. It's a long way from seeing the light of day but it's fun to have an ongoing personal project outside of producing individual pieces of work.

Is there a particular piece your most proud of? And why?

I usually like my most recent work as it's a clearer rep- resentation of my current mindstate. I'm extremely self critical and there are few pieces that I'm truly satisfied with. I think my most popular pieces are those with an easy to swallow concept whilst I'm usually more interest- ed in the feeling or atmosphere the piece radiates and so maybe my most successful works are when these two attributes combine although I couldn't pick a favourite.

What and where would be your dream commission?

Although I managed to paint in Japan, my goal was to try and paint in Tokyo although it seemed impossible, even in the company of local artists and tour guides who assisted with the language barrier. I eventually painted in neigh- bouring city Chiba instead but I keep having this really annoying literal dream that I'm back in Tokyo and painting so i'd like another chance to try and make that happen.

Do you have a life motto?

Not all who wander are lost.

I'd like to get this comic done, maybe exhibit some more and hopefully be able to go to the pub again! 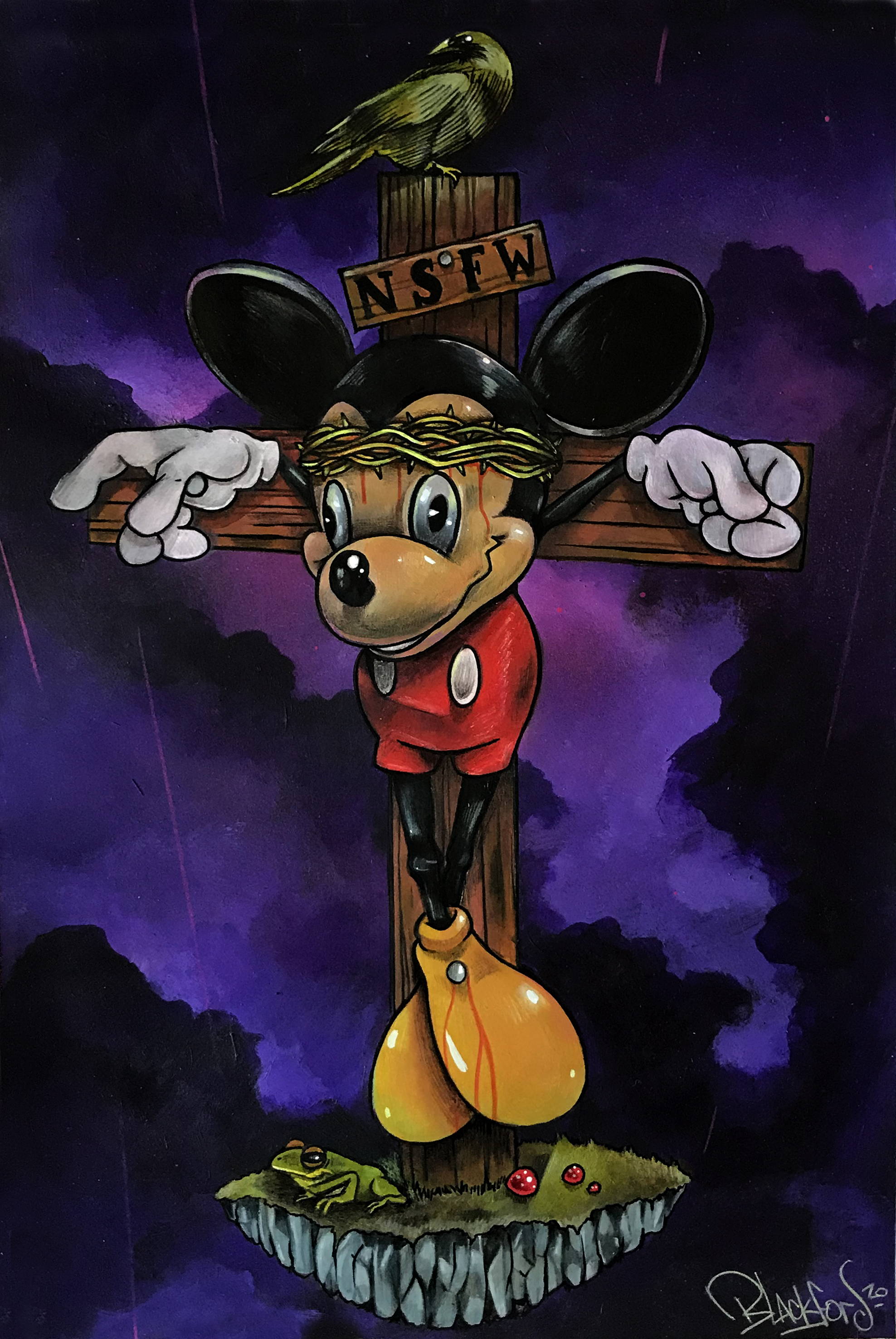 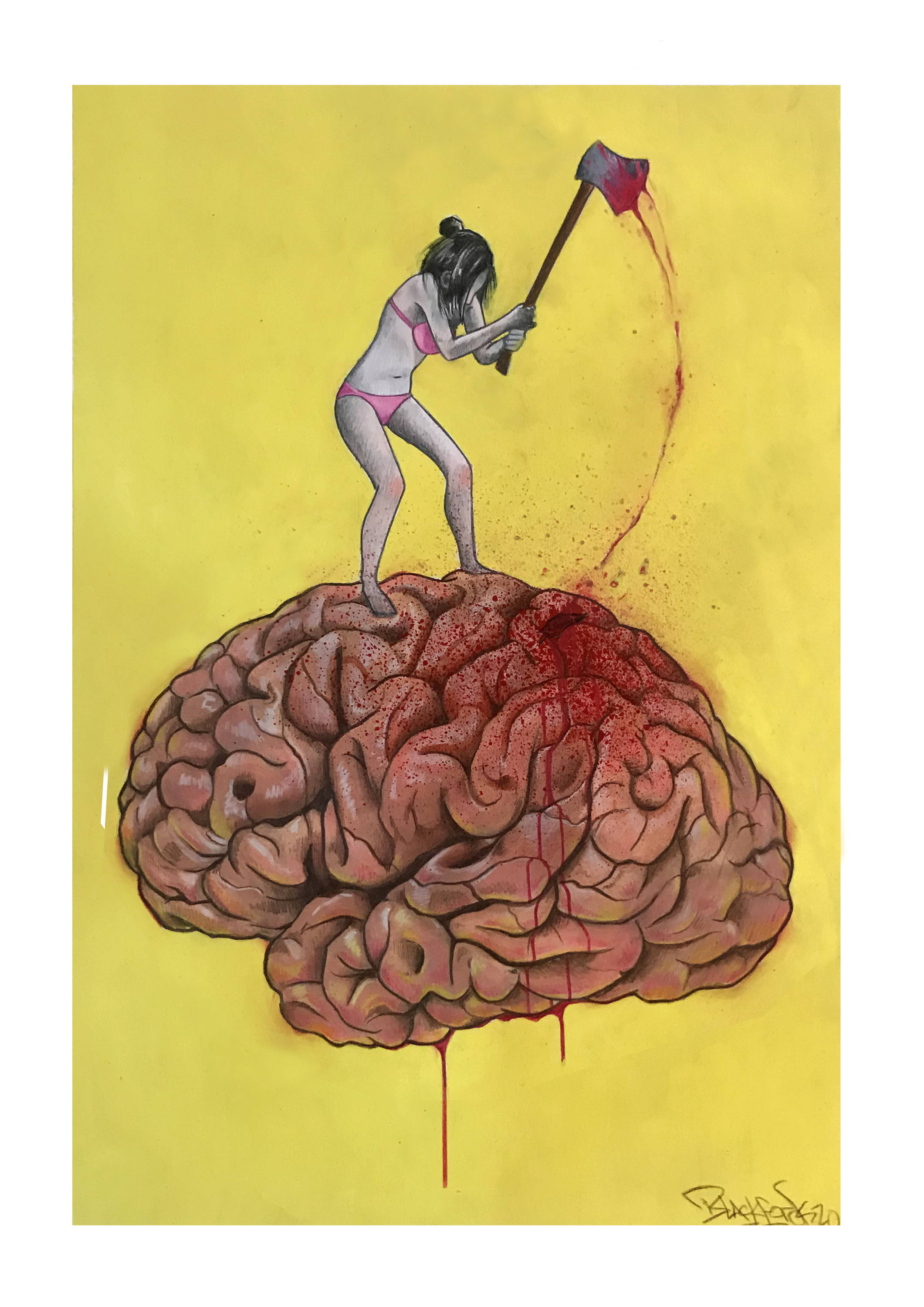 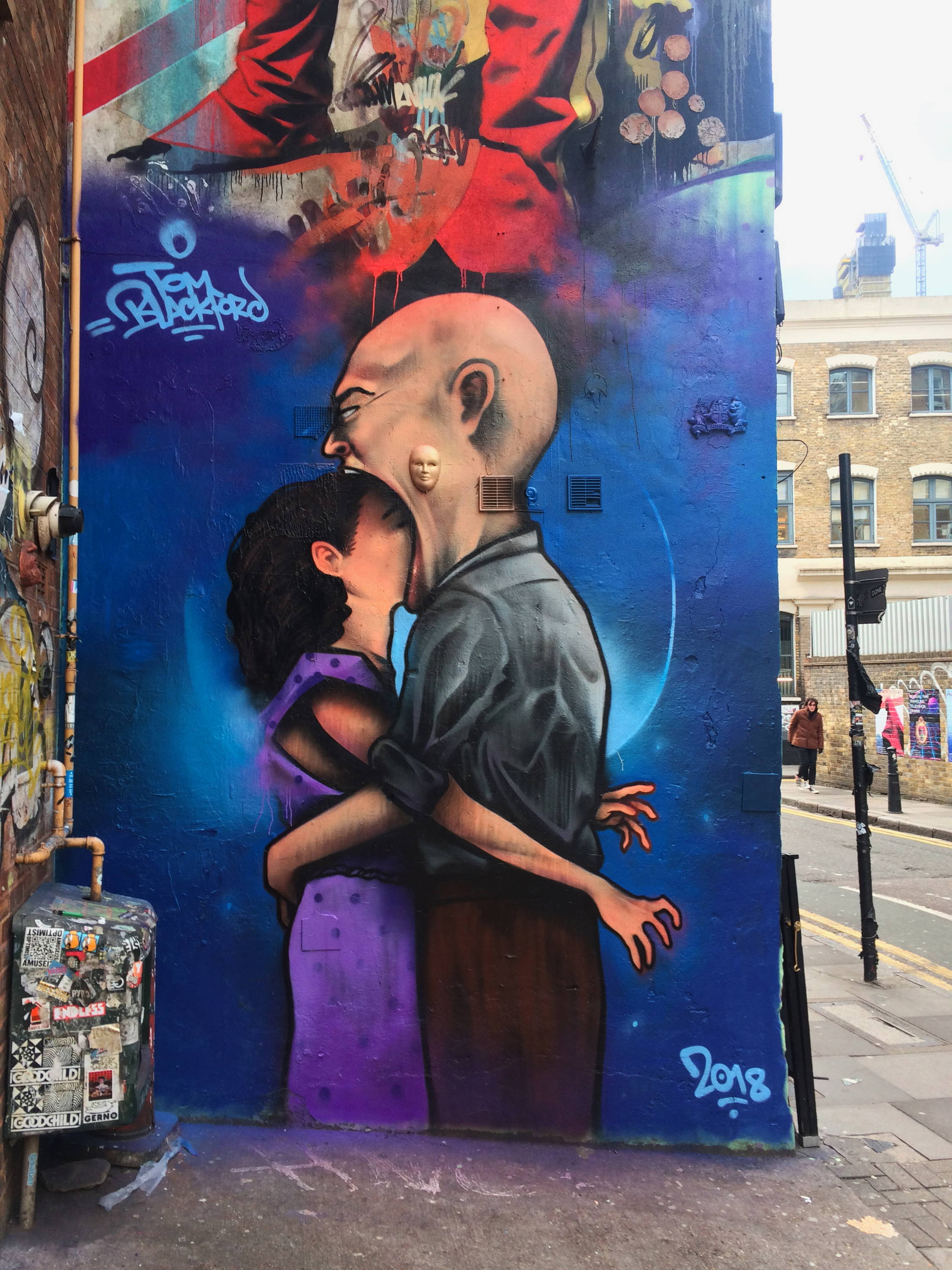 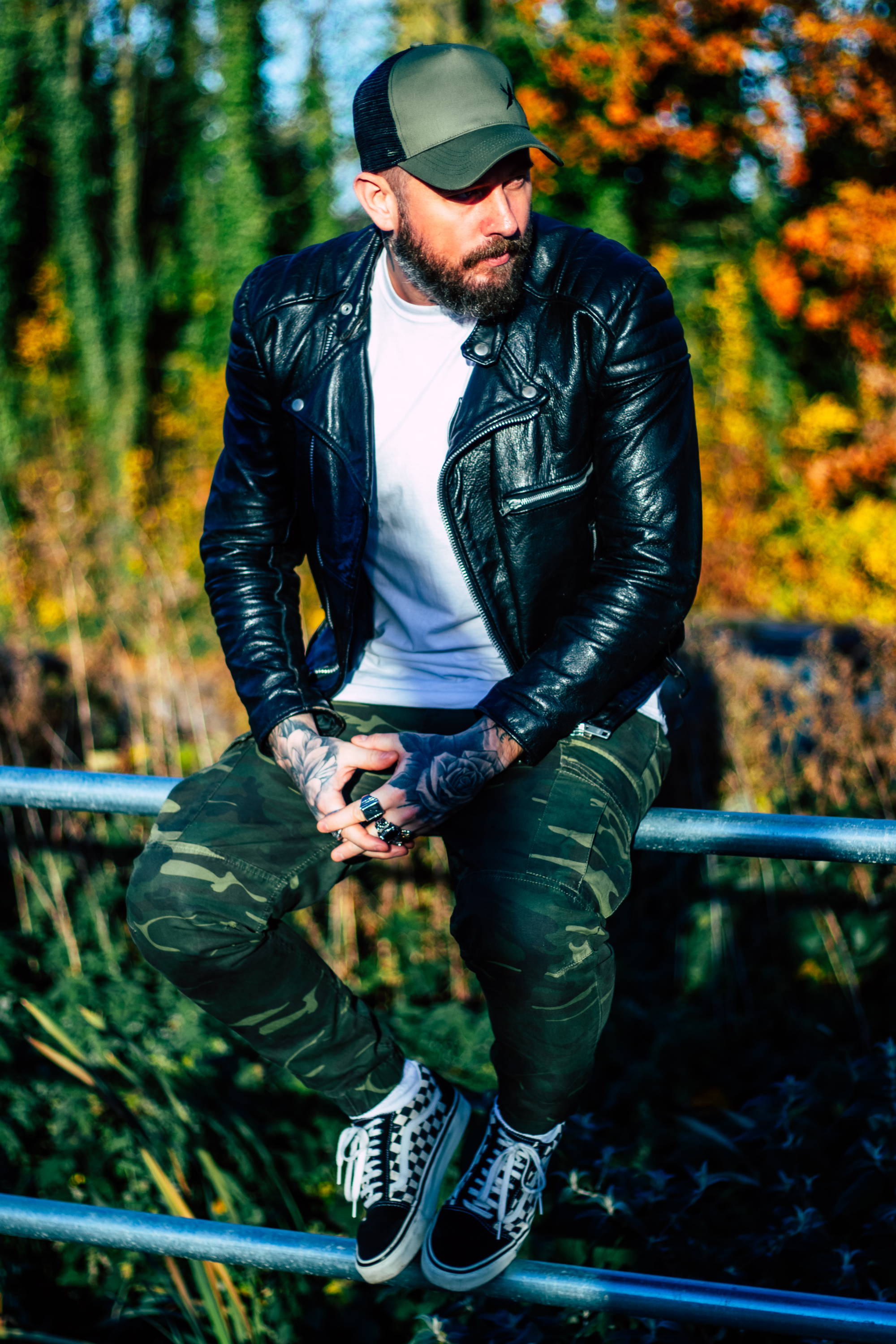